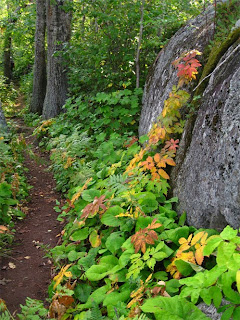 We had declined an invitation the night before from friendly camp neighbors to join them at the fire ring (one of only a handful on Isle Royale) in favor of retiring early. We wanted to get an early start for our 8.2 mile hike to Daisy Farm since we knew that half of it would be along the Greenstone Ridge. Our goal was to get up to the ridge as early as possible to avoid having the midday sun beating on our heads. Plus, we had now become a bit spoiled by the shelters and wanted to get to Daisy Farm as early as possible in the hopes of securing one.

Regarding the shelters, we were very impressed with their condition. From reading tales of other hikers trekking in areas such as the Appalachian Trail, we were not expecting the cleanliness that we encountered. The shelters were heavily graffitied, and based on some of the handwritten messages (side note: Apparently lots of people count a black sharpie among essential gear to be taken on a trip where the goal is to pack as few items as possible!), the structures have been in place since at least the early 1970s. Despite this, the 3-sided structures were in great shape. Isle Royale's shelters have a screen front to keep bugs and other visitors out, and I was amazed at how successfully they did their job. I didn't see a single spider or even a cob web in any of the 4 we used.

A broom hangs from a nail by the door of each one with the understanding that visitors sweep dirt and debris from the floor before leaving camp. Designed to sleep six, it's considered good etiquette to share a shelter with other parties should the campground fill up and the weather turn bad; however, due to the perfect weather and lateness of the season, we had one to ourselves each time we elected not to sleep in our tent.

We ventured down to the dock for a quick sunrise photo, then stepped onto the trail just after 7:00 am. After backtracking past the beaver dam and along the stream that connects McCargoe Cove to Chickenbone Lake, we began to climb back up the Greenstone Ridge. The East Chickenbone Lake Trail (unnamed on the map, but everyone calls it by this name) is a beautiful 1.6 mile stretch which winds past the eastern side of Chickenbone Lake, creeping over rocky ridges and dipping down into cool, foggy valleys. 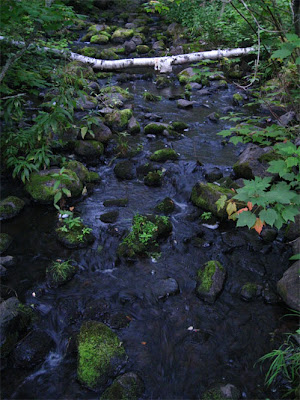 Crossing a footbridge over an unnamed stream

Our early start ensured nice cool temperatures, and once again our pants were quickly soaked through from the dew-covered brush. Just before the end of the trail, it abruptly ascends via a couple of steep switchbacks to the top of the Greenstone Ridge. We reached the top around 8:30 am and stopped for a 15-minute breather. Like the lookout at Mt. Franklin, this unnamed spot offers an expansive view of the north side of the island from a height of around 900 feet. From here, the 4.2 mile stretch of the Greenstone Ridge heading east is a tiring, yet pleasant hike. The path weaves alternately in and out of forest and onto bare rocky crests, and hints of fall color were just starting to peek through the trees. We were happy to discover that it was alternately shady and sunny, and therefore not nearly as hot as the section we had hiked between Mt. Franklin and Mt. Ojibway on day two. 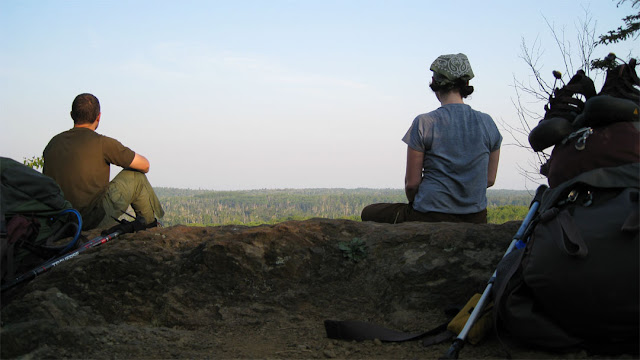 Taking a break to enjoy the view atop the Greenstone Ridge

During a snack break, we met a woman solo hiking the length of the island via the Greenstone. This was her fourth consecutive year hiking Isle Royale and she had yet to see a moose. I actually felt guilty that we'd had the good fortune of seeing some exciting wildlife during the first five days of our first visit. This lone hiker had flown on the sea plane to Windigo and was 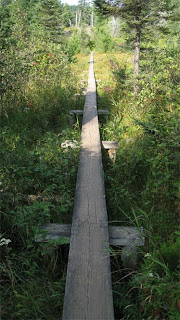 heading east to Rock Harbor where she would fly out at the end of her trip. I take the occasional solo vacation which usually incorporates day hikes, but I don't know if I have the guts to do an overnight by myself. Yet.

We descended the Greenstone Ridge around 11:00 am heading southeast along Daisy Farm Trail. Foot bridges guide hikers over a few small streams, swamps, and marshy areas before the 1.7 mile trail ends at Rock Harbor Trail.

We arrived at Daisy Farm Campground at noon and were able to claim a good shelter very close to the water. I can't say what, exactly, made this day so tiring, but I have never been so exhausted as when we dropped our packs at Daisy Farm. Every muscle felt devastated, and I could not have cared less about filtering water, changing clothes (aside from removing my boots), or preparing food. I don't think I moved for nearly an hour once my sleeping pad was inflated and I could lie down. Each one of my limbs weighed at least 1000 pounds, and once horizontal, all well-meaning thoughts such as, “I should really do some stretches,” were squashed in favor of slowly sinking into a coma. 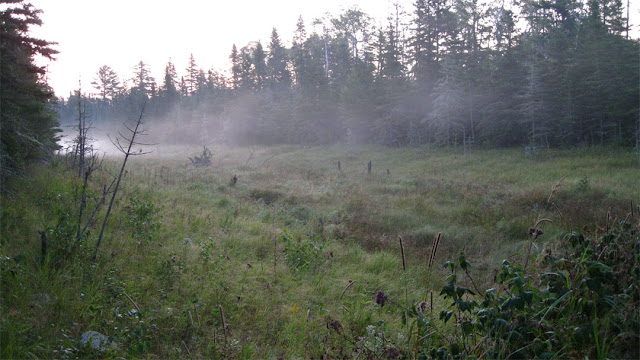 Once I managed to regain consciousness, I hobbled unsteadily down the short path to the water. The shore along this part of Rock Harbor consists of small volcanic rocks and is a nice spot to cool off and lay clothes out to dry in the sun. The water was freezing and my washcloth-sized MSR pack towel came in handy as I could not bring myself to fully submerge. I limped back to the shelter where Craig and I drank hot peppermint tea and shared a bar of dark chocolate that we had been saving. 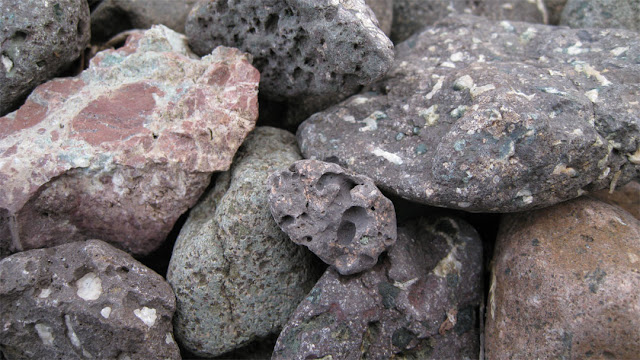 The rocky shore in front of our shelter at Daisy Farm

After more resting, we visited the dock to filter water and absorb some sun. Truthfully, I don't remember much else about the rest of our day at Daisy Farm. We spent most of our time lying in the shelter, eating snacks, talking about how great the trip had been thus far, and marveling at how completely destroyed we felt. The sky turned overcast and the wind picked up when we went to bed. From what we could remember of the forecast, there was a chance of rain the next day and we wondered if a storm was blowing in. Part of me would have liked to witness a Lake Superior storm from the relative safety of our shelter in the harbor, but the rest of me was hoping for dry conditions during our hike along the potentially slippery Rock Harbor Trail the following day. We felt that we had been so fortunate with the weather that it had to change at some point. We would just have to wait and see what the morning would bring. 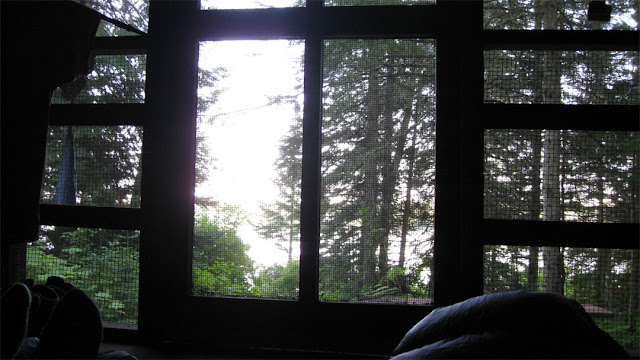 To be continued in:
Day Seven: Daisy Farm to Rock Harbor More photos from this trip can be seen here.
Posted by Nina at 3:01 PM

Awesome trip report. I have enjoyed reading it! I plan on going there in the future. By the way what type of rain gear did you guys bring to the island? if you don't mind telling?

We were lucky enough not to need our rain gear! We both have Sierra Designs rain pants. I have a Marmot Precip jacket. Craig has an REI rain jacket (the 'Ultra Light', I think). It's just their basic waterproof/breathable shell.
I'm glad you're enjoying the trip report!

This is a great trip report. We (my husband and I) really know very little about Isle Royale, but now that we know about the backpacking, it's on our list of places to go.

We almost spontaneously took the ferry out there from Grand Portage, Minnesota, this past summer, but since we didn't know anything about the Park and the ferry was expensive, we decided against it at the time. Now we're really looking forward to going. We live in Arizona, though, so it will have to wait till another trip--maybe next year.