Back in 2009, I took a backpacking trip to Isle Royale National Park. It was only the second time I'd been backpacking, and it is my favorite, most memorable experience. Nothing had ever been so physically challenging or emotionally enlightening, and nothing has ever left me with such a feeling of well-being. This feeling lasted for weeks afterward. Craig and I refer to the phenomenon as “vacation magic,” and we've been trying to recapture it on other trips ever since. These attempts have failed; we've come to realize that it was probably a one-time thing, not to be re-lived simply by slinging a backpack on and taking off somewhere for a week in the woods.

Isle Royale is special. The moments we experienced on that trip – the enormous orange full moon over Rock Harbor, followed by the most beautiful sunrise ever witnessed; seeing our first moose; and lying in our tent in the dark, listening to a pack of wolves howl nearby to name just a few – had a lasting impact and, perhaps unfortunately, set the bar very high for everything else going forward.

Whether we could recapture that magical feeling or not, we needed to go back.

Isle Royale National Park is an out-of-the-way place, and people go out of their way to visit it. It is the least-visited national park in the lower 48; however, it is also the most re-visited. Despite the fact that it is accessible only by sea plane ($$$) or boat (long trip over sometimes rough water), and the departure points are in the far northern reaches of only Michigan and Minnesota, those who have been touched by Isle Royale's magic make it a point to go there again and again. Although we shared the island with relatively few hikers in September this year, we managed to meet two different people who have been to Isle Royale 35 times. We ran into a hiker whom Craig had met on his solo trip to the island in May 2012. So far this year alone, he was on his third trip to Isle Royale.

For those who love it, perhaps visiting Isle Royale as often as possible is a good idea given the ecological issues it currently faces. The recent struggles of the island's gray wolf population have been well-publicized, and it is unclear if they will exist on Isle Royale for much longer. Without wolves, Isle Royale would remain an enchanting place; however, the delicate balance maintained by its animal and plant life would change. The loss of the top member of this isolated island's food chain would affect everything from the moose to the balsam fir tree, potentially putting its system in distress. The debate of whether or not to allow human intervention to bolster the wolf population is currently underway, with people in the scientific and wildlife conservation communities torn. 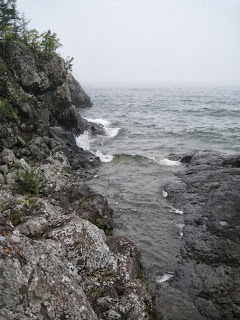 While the possibility of exciting wildlife spotting is one of the draws of Isle Royale, it is best to go without expectation. Though there are nearly 1,000 moose on the island currently, it is possible to go there multiple times without ever seeing one. On the other hand, there are people who are extremely lucky and see an impressive variety of animals on their first visit.

It isn't all about the animals, though. The terrain of Isle Royale alone is reason enough to visit, especially for those with an interest in geology and Earth science. Impressive views of Lake Superior, the quiet beauty of inland lakes and streams, and the haunting calls of the common loon make a visit worthwhile by themselves. Isle Royale's remote location ensures visitors will escape their jobs, and its quiet setting and clean air promote relaxation of the mind after hiking or paddling have exhausted the body. 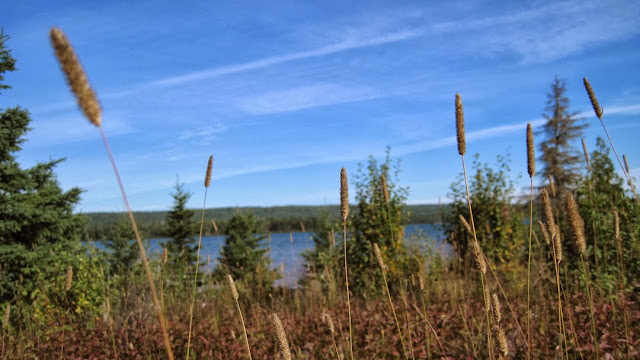 We made plans to visit Isle Royale again, if not to re-capture the magic of our first trip, to see it again from a new, more experienced perspective. No matter what happens over the next few years regarding the fate of the island's wolves, one way or the other, the island will change. We wanted to experience it again before it does.


And we will surely want to experience it again, even after.

Anyway, this is supposed to be a trip report. Onward...

Great write up. I agree there is something special about IR, whether it's the inaccessibility of the island, or the mostly unadulterated wilderness. The sounds of the loons calling in the night, the anticipation of seeing a moose or even a wolf.
I'm concerned about what will happen if the wolf population isn't helped. It will drastically effect the entire ecosystem of the island.
I look forward to reading your report, it's only been a month and a half since my visit and I can't wait to return!